[THE INVESTOR] The investment arm of Korea’s leading entertainment powerhouses YG Entertainment has invested 4 billion won (US$3.52 million) in apparel firm M Corset, according to sources on Oct. 23.

Established in 1999, M Corset is known for selling US-based Hanes Brands’ Wonderbra here after buying distribution rights in 2009. The brand became popular after aggressive advertisements done by former Victoria’s Secret supermodel Miranda Kerr. Its total sales last year reached 124.1 billion won, while Wonderbra accounts for 42.6 percent. The company which has 18 other brands, including Playtex and Lefee, went public on the secondary KOSDAQ bourse in July.

M Corset and YG Investment have also signed a contract to cooperate with each other to expand further in Asia. The two companies plan to enter China on Nov. 11, one of the biggest online shopping days that locals celebrate called Singles’ day. 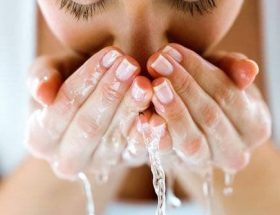